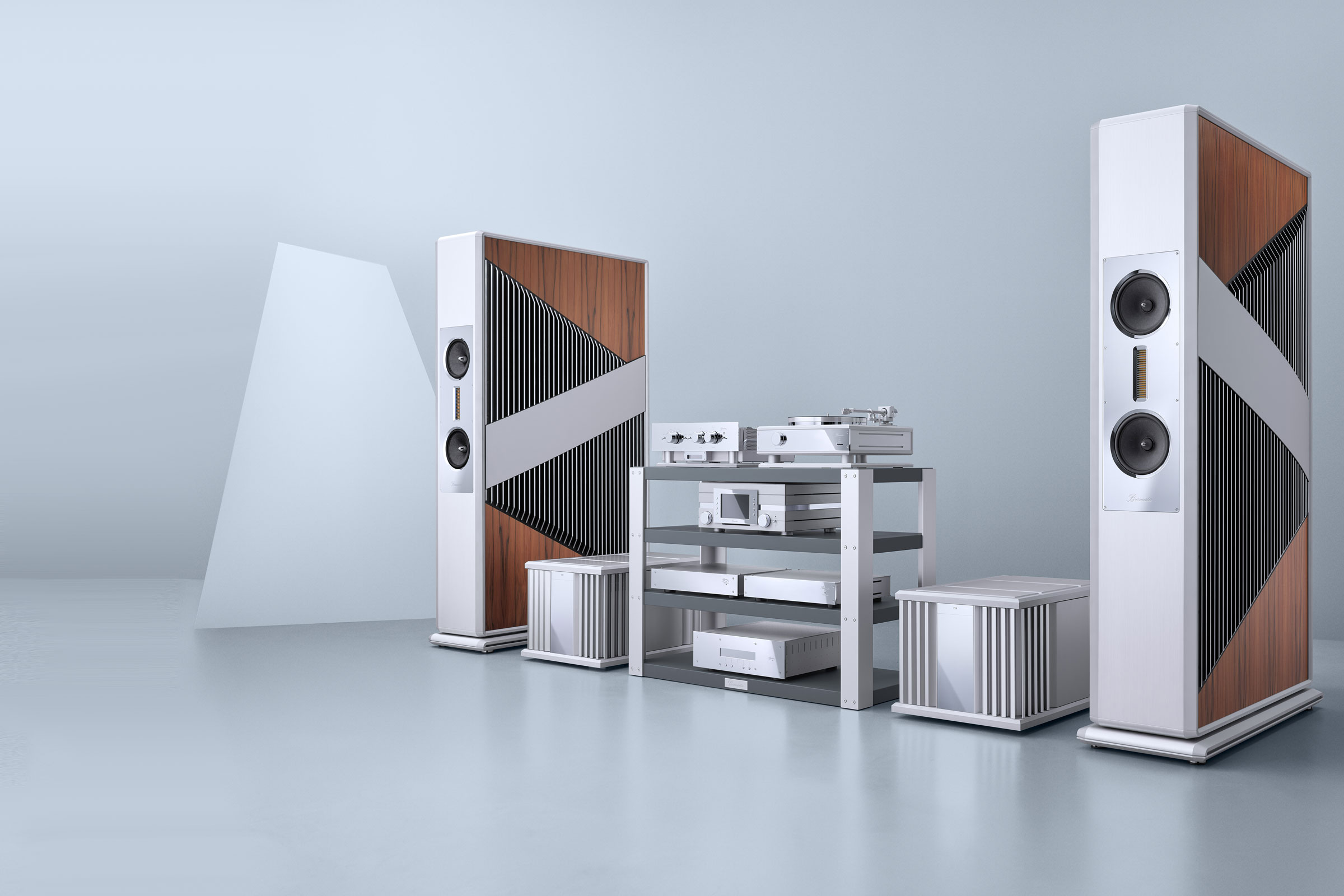 The DAC 200 is the latest member of an extended family of High-End converters and pre-amplifiers. Every aspect of its design symbolises our uncompromising commitment to science and music. The ability to reproduce DSD 1024 files and its complete galvanic separation are just two highlights which underline the potential of the DAC 200 in impressive style. The DAC 200 is designed to convert a large number of digital formats into natural-sounding analogue signals, and to pass them on via the integral headphone or analogue outputs.

Our belief in totally pure music required an enormous effort on our part to eliminate the most minuscule of interfering influences. The T+A De-Jitter Masterclock was developed with the goal of freeing all T+A DACs from such interference signals, and in particular those which result from the use of computers. This type of interference – known as jitter – is caused by minimal timing errors, which still manage to exert a harmful influence on the sound experience unless they are removed before the conversion into analogue signals.
The De-Jitter Masterclock was developed here in Herford, and constitutes a consistent audiophile response to jitter: in a multi-stage process the incoming signals are examined, and even the largest of jitter artefacts are removed. In the first stage the incoming signal delivers a raw clock pulse which is analysed very closely by micro-processors: the signal is then switched to the Masterclock – but only if its frequency and stability fulfil strict minimum criteria. If those criteria are not met, the signals are cleaned again through a further PLL stage in a specially constructed second jitterbug; this process reduces the residual jitter by a factor of 4.
Signals which fulfil the purity requirements are de-coupled completely from the input jitter by switching to the Masterclock. They are then further processed by two high-precision quartz oscillators. Each oscillator is reserved for a single clock family; the Masterclock covers both the odd 44.1 kHz clock to 354.8 kHz as well as the even 48 kHz clock to 762 kHz.

We believe in reproducing music in its purest form. And that is why we make every effort right at the development stage to eliminate even the most insignificant of interference factors, regardless of how minimal they are. Joint processing of PCM and DSD files in a single converter is just such a source of interference: supposedly insignificant, but in fact having a crucial influence on the sound. It was our insistence on eliminating this particular influence that caused us to develop the unique T+A Path Separation Technology: both PCM and DSD have their own converter, specifically tailored to their requirements. These converters exclude adverse sound influences as well as exploiting the potential of each format to the full. For PCM signals we use our quadruple converter, whereas DSD files are processed using the T+A True 1-bit converter, which is unique in the world.

Our T+A True 1-bit converter is unique, as it forms a break with a paradigm: conventional converters process DSD signals by converting them into PCM, and reproducing them using the PCM mode. But this conversion contradicts our principles, and caused us to develop the True 1-bit converter, which processes DSD files in their native form, without detrimental conversion processes, and reproduces them in totally pure form as genuine 1 Bit Stream.

Our PCM Quadruple Converter features a double symmetrical circuit design comprising the eight 32-bit Burr-Brown converters, thereby providing above-average compensation for non-linearities in the sound, and reduces the already minimal background noise by a further 6 dB. This sophistication results in amazing dynamism and linearity combined with an equally amazing freedom from distortion. Although we believe in unadulterated music reproduction, the Bezier filters – another in-house development – in the quadruple converter can be exploited by the listener to fine-tune the sound characteristics to his individual taste. The application of polynomials results in perfect timing behaviour for each of the six available filters, two of which are NOS stages.

No restrictions of any kind – this maxim was our guide in determining the DAC 200’s connections: its inputs are as universal as they are high in quality: the USB-B inputs are based on the new high-resolution Thesycon chip, which processes signals up to DSD 1024. AES/EBU and BNC are also present, as is SP/DIF in optical and coaxial forms. The T+A SYS Link completes the high-speed signal connection within the Series 200 via the SYS IN input. One analog input is installed as standard, but two stereo HDMI inputs are available as an option.

As a specialised pre-amplifier, the DAC 200 features a discreet Class A pre-amplifier section as well as double mono “State of the Art” outputstage, whilst also providing several outputs designed to cope with any requirement. Balanced XLR and unbalanced RCA outputs transfer the analogue signals to the output stages, while headphones are connected via a balanced 4.4mm Pentaconn headphone output, which draws its signal from a special high-performance headphone amplifier. In contrast to conventional chip solutions, this is of fully discreet construction, and is specially designed for the requirements of headphones. An HDMI output with Audio Return Channel (ARC) for HDMI signal pass-through is available on the optional HDMI board.